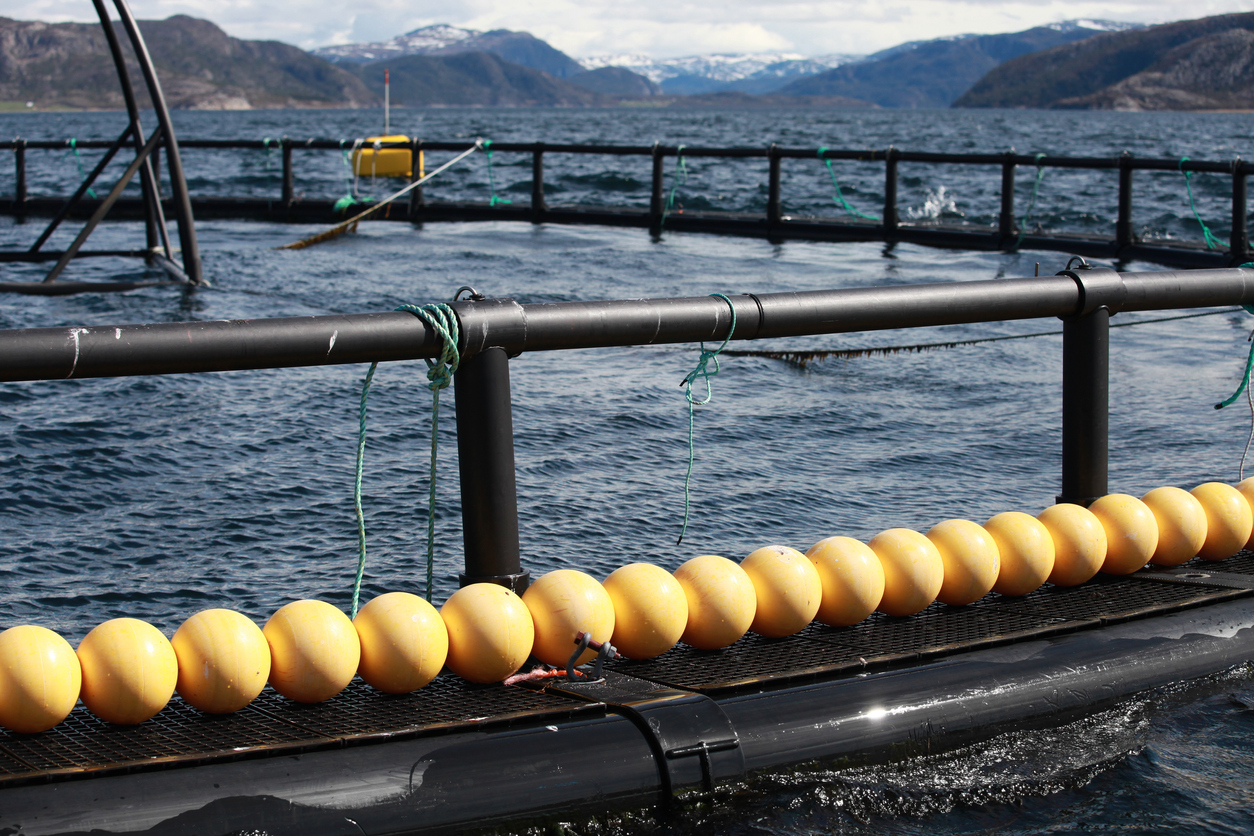 SALMON Watch Ireland wishes to make the following submission in relation to the above appeal by Comhlucht Iascaireachta Fanad Teoranta (MOWI Ireland), Fanad Fisheries, Kindrum, Fanad, Letterkenny Co Donegal.
Firstly Salmon Watch Ireland would like to endorse the ministerial decision under the Provisions of Section 68(1) and Section 19(a) 4 of the Fisheries (Amendment) Act 1997.
Salmon Watch Ireland has consistently called for action relating to the enforcement of licence conditions in the fish farming industry and we readily support the discontinuation of entitlement to continue Aquaculture Operations at the Deenish site.
The collapse of sea trout stocks in the Waterville area has co-incided with the reopening of this farm in 2010 and has continued at pace with an almost total lack of spawning stock evident in the intervening years. Angling tourism has collapsed in the area with substantial losses to the local economy.

In relation to the specifics of the appeal, Salmon Watch Ireland has examined the issues in detail and makes the following observations:
 The following extract from the letter of 3rd April 2017 from MOWI to the Department of Agriculture, Food and Marine “The Licence terms are out of date, inappropriate and contrary to supporting best practices.” adequately supports our opinion that MOWI readily understood the terms and conditions of the licence and chose to ignore them. MOWI overstocked and over harvested stock from the site as they relied on the illegal premise that licence conditions were inappropriate and out of date and contrary to supporting best practice. This in itself is an admission that they were aware that their stocking and harvesting policy at the site was not supported by the legally binding conditions of their licence. They could have sought an amendment and waited on due process through the Department of Agriculture, Food and Marine before involving themselves in illegal activities at the Deenish site. They did not wait and have tried to undermined the entire licensing and regulatory policy and have thus forced the Department to act under Provisions of Section 68(1) and Section 19(a) 4 of the Fisheries (Amendment) Act 1997. The actions of the Minister are entirely justified as not to act would signal a complete collapse of public trust in the regulatory regime. Licence conditions cannot be interpreted or changed by MOWI to suit their own agenda nor can they legally rely on the premise that their interpretation of the conditions supports their illegal activities.

 The licence at Deenish Island post 1995 has operated for the vast majority of its existence as a site which only stocked one generation of fish to harvest. This can be ascertained by examining the sea lice inspection reports carried out by the Marine Institute and other regulatory bodies up to 2005 (Year of Closure) which noted the stock by year of introduction and life stage.

 In the period 2010-2012, after the site was fallowed and effectively closed since the winter of 2004, MOWI stocked the site annually with smolts which were moved to a sister site at Inishfanard for on-growing in clear breach of conditions for that site (Inishfanard).

 In October 2012 MOWI were granted a temporary amendment after an appeal process to ALAB which allowed the stocking of 800,000 smolts instead of 400,000 for grow out at the Deenish site. In spring 2013 MOWI stocked the site with 838,000 smolts (Excess of 38K) on site for grow out until late 2014 early 2015. The temporary amendment to the existing licence was of two years duration ending at end of March in 2015.

 In their submission to ALAB regarding their Appeal against the notice of Ministerial decision of the Minister for Agriculture, Food and the Marine under the Provisions of Section 68(1) and Section 19(a)4 of the Fisheries (Amendment) Act 1997 , MOWI admitted that they requested an amendment to continue the trial licence or have a more permanent amendment “Mowi Ireland requested to repeat this trial or have a more permanent amendment (“the trial” having proven that there were no adverse environmental effects), also in respect of the sister site at Inishfarnard, but these requests were rejected out of hand by the Department.” It is evident that MOWI were aware that their request was rejected but continued to operate as they wished thus undermining the licence conditions and regulatory powers of the Irish State. This illustrates the abject disrespect by MOWI for Ireland and its laws.

 In the spring of 2015 MOWI Stocked 87.84 tonnes of smolts which may equate up to 1.25 million smolts at normal smolt weight. (Licensed input 400,000 smolts). The fish movement order has not been released by the Marine Institute. This information was contained in the Benthic Monitoring Report dated 12th June 2015 by Aquafact. Recent Stocking History 2015 This stocking tonnage was given by MOWI to the inspection team from Aquafact who carried out the inspection of the benthic environment.

 In 2017 Mowi again stocked 560,000 smolts (Licensed input 400,000 smolts). This figure was ascertained by release of documents by the Marine Institute and is contained at following link. Fish Movement to Deenish 2017

 Presently harvesting is carried out at the Deenish site in that fish are removed from pens and transferred to well boat for slaughter. In 2016 this may not have occurred but fish were transferred to well boat and transferred to another location. A fish movement order would be required if fish were to be moved for any purpose except harvesting. This is a breach of condition 2 (p) live salmon and salmon smolts shall not be sold or disposed of to any person or in any way transferred outside the said fish farm save in accordance with the prior written permission of the Minister

 There would have been a significant increase in effluent from the farm from 2013 onwards. 838k (Licence 800K) smolts were stocked in 2013, circa 1.25 Million (87.84 Tonnes) (Licence 400K) in 2015, 560 K (Licence 400 k) in 2017. These figures for stocking are outside the licence conditions. The trial licence was also overstocked by upwards of 38 K fish (High Court affidavit mentions 800 K). It is obvious that increased stocking of the site by such a large degree would certainly have increased organic materials emanating from the site. The interpretation by MOWI that effluent emanating from the physical process of harvesting was the reason that condition 2(e) was contained in original licence cannot be substantiated.

 Salmon Watch Ireland contends strongly that benthic studies which are carried out annually are not a sufficient indicator especially in light of the location of this farm. Oceanic current and exposure to high winds at this site would certainly negate the results of the benthic studies due to underwater inspection sites being effectively located within a short distance of farms. Due to conditions at this site and the very open coastal area, effluent and other materials can travel widely from this site and will certainly not be picked up by localised inspection.

 It is not open to MOWI to change stocking level. Annually is not mentioned or specified in the licence regarding stocking. Site cannot input fish of a different generation unless site is fallowed for 30 days. This effectively rules out stocking more than 400 k smolts or indeed different generation fish being stocked. The following amending condition effectively makes the site a single generation site from 1995 onwards. Aquaculture Licence – substitution for condition 2(L) of the following condition 2(L)(i) The Licensee shall fallow the licensed area for at least 30 continuous days before restocking with fish of a different generation, in accordance with the requirements of the Department of Communications, Marine and Natural Resources (Protocol No. 5 Fallowing at Offshore Finfish Farms, as may be revised from time to time)

 There has been a concerted campaign of non-cooperation by MOWI in their dealings with the Department of Agriculture, Food and Marine in relation to the following licence condition.
“Aquaculture Licence – substitution for condition 2(1) of the following condition: The Licensee shall co-operate in the audit from time to time of its aquaculture operations and licensed area and facilities and premises in accordance with the detailed specifications of the Department of Communications, Marine and Natural Resources (Monitoring Protocol No. 4 for Offshore Finfish Farms – Audit of Operations, as may be revised from time to time)
The Marine Engineering Reports for Deenish Island note non-compliance with stocking rates and non-disclosure of standing stock. It is noted that operators of the site refused to disclose stock on site to inspectors thus breaching the terms and conditions of their licence. It is obvious that on-site personnel  were instructed to refuse these stocking figures to frustrate compliance and audit activities of the Department. Marine Engineering Reports

 Salmon Watch Ireland would also like to comment on the specific licence condition 2 (e) regarding compliance (500 Tonnes dead weight per calendar year). It is obvious from Benthic Reports that MOWI exceeded permissible levels of fish available to harvest in that the production cycles indicate that on site levels of stock were as follows
o The harvest tonnage in calendar year 2014 was 2401 tonnes as contained in Benthic Report of 2015
o The tonnage on site in July 2016 was reported as 1517 Tonnes (Prior to Harvest)
o The Tonnage on site in May 2018 was reported as 1533 Tonnes (Prior to Harvest)
It is obvious that MOWI never intended in complying with this condition and as such acted in an irresponsible manner which has resulted in the absolute crash in sea trout stocks causing a cascade of economic and ecological consequences.
Salmon Watch Ireland also wishes to point out that two unique conditions are contained in the Deenish Island and Inishfanard licences which refer to local sea trout stocks:

“This licence will remain subject to ongoing review in light of continued monitoring of, and research into, the two marine sites and neighbouring sea trout fisheries which may be undertaken by the Salmon Research Agency and/or the Fisheries Research Centre.”

“In the event of proven contra-indications for sea trout stocks causatively linked to the fish farming operations permitted under this licence, the Minister may exercise his discretion to take any necessary protective measures ranging from reduction in permitted production levels to revocation of the licence and harvesting of all stock”

The absolute crash in sea trout stocks coincided with the reopening of the Deenish and Inishfanard sites and the enormous overstocking of both sites carried out illegally by MOWI Ireland. The fish counter statistics demonstrate a substantial decline since with 2016 showing only 3624 sea trout ascending the system while 2017 shows only 2862 seatrout. This is an alarming situation which is certainly caused by the Deenish site and Inishfanard site. This is certainly a collapse and is linked to these farms. This should be no surprise as without exception sea trout stocks have collapsed in every jurisdiction and area where salmon farming exists.

Finally Salmon Watch Ireland considers this Ministerial decision as a watershed moment and if his decision is reversed by ALAB, we cannot see how public trust in the regulatory system can be sustained.

As a footnote Salmon Watch Ireland has requested Fish Movement Orders from The Marine Institute for the period 2009 – 2015 and 2019 for both Deenish and Inishfanard on the 28th April 2019. Despite requesting this information under AIE legislation the Marine Institute only replied on the 5th June 2019 (Outside the statutory period for transmission of decision) stating that under legislation regarding third party consultation they would not furnish a decision until 24th June. This is not acceptable as the third party ruling only refers to third party information given on a voluntary basis to government bodies. Fish Movement orders are mandatory where fish are moved onto or off any fish farm. Salmon Watch Ireland may pursue this matter with the Office of the Information Commissioner. However we request that this information be included in this submission once it becomes available. We also suggest that ALAB should seek this information under Section 47(1) (a) of the Fisheries (Amendment) Act 1997 to allow full transparency. 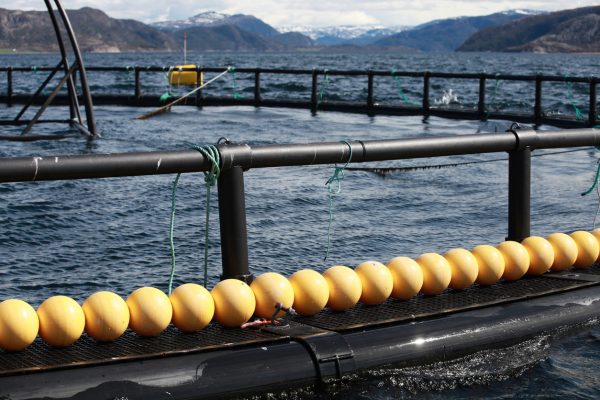 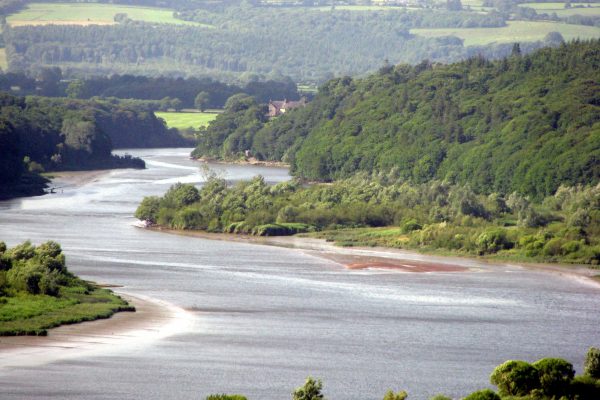 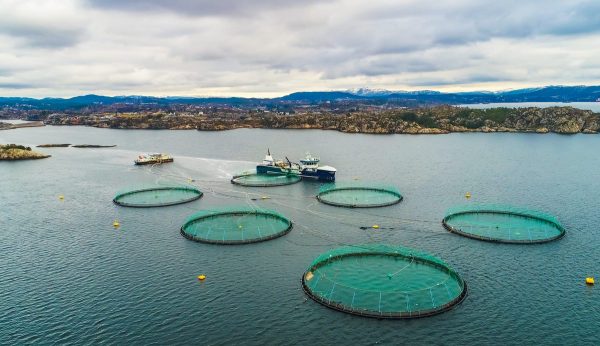