Stand up for the salmon and its conservation. The recreational, economic and social values of the salmon are undoubted but they can only be realised if the species continues to exist;

Alert the public as a whole, and not just those with a direct interest, to the plight of the salmon and the measures than will be needed to reverse its decline. From what follows in this document it will be clear that considerable political clout will be needed to accomplish at least some of the measures needed to rescue our salmon stocks (such as in relation to open cage salmon farming) and that will involve greater public understanding of the issues. 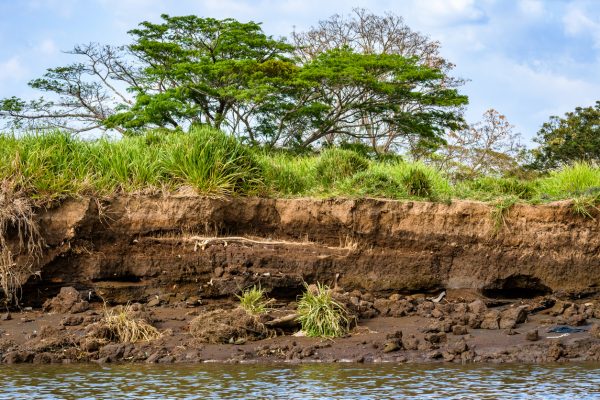 Campaign relentlessly with the Government and its agencies for specific measures outlined in this document and for a ‘whole of government’ approach to saving the salmon. Inland Fisheries Ireland is primary among the agencies concerned but they also include IFI’s ‘parent’ the Department of Communications, Climate Action and Environment together with Marine Institute, the National Parks and Wildlife Service, the Environmental Protection Agency, the Department of Agriculture, Food and the Marine and local authorities.

Subject to resources becoming available to SWIRL to provide a service to anglers, fishery owners and managers and community organisations to enable them establish bodies like river trusts to take on the planning, implementation and management of conservation measures at local level.

Cooperating with other like-minded NGOs at home and abroad. Working towards a common approach to conserve salmonid stocks through protection of habitats and ecosystems. 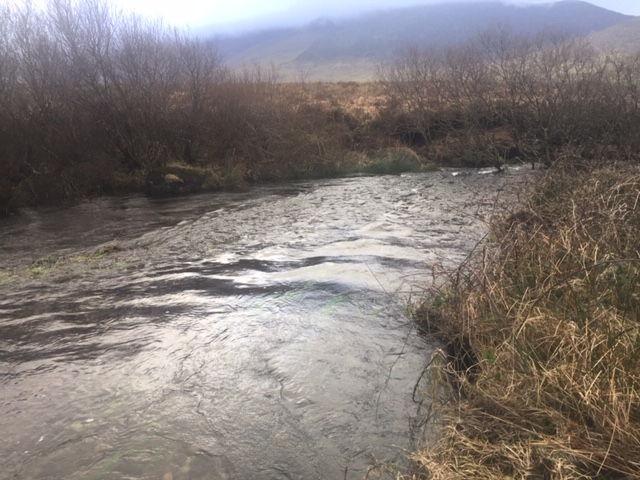 It is no exaggeration to suggest that, in the lifetime of people living today, Ireland’s wild Atlantic salmon could become a curiosity confined, at best, to a small number of rivers if current trends continue. It is clear that greatly increased mortality at sea combined with climate change is the single most important factor in the decline of salmon stocks.  In addition, particularly man-made threats such as salmon farming and river barriers are major problems to be addressed.

In the face of these facts SWIRL proposes that the rational management approach is to re-double efforts to address factors impacting on productivity to ensure that ….salmon rivers….produce the maximum number of healthy wild salmon smolts.

It is not an exaggeration to suggest that, in the lifetime of people living today, Ireland’s wild Atlantic salmon could become a curiosity confined, at best, to a small number of rivers.  The species may not become totally extinct (although it could) but there may not be sufficient stock for either commercial or recreational exploitation.  A species that has huge Irish heritage and folklore significance and which, in the past, has had major social, economic and recreational value could to all intents and purposes be lost.  There is an obligation on all of use to do our utmost to prevent that happening in the interests of our own and of future generations.  It will not be an easy task.

The Atlantic salmon is under severe threat throughout its’ geographic range on both sides of the North Atlantic.  The rate of decline differs from country to country but virtually without exception the trend line has been severely downwards for the past forty years. 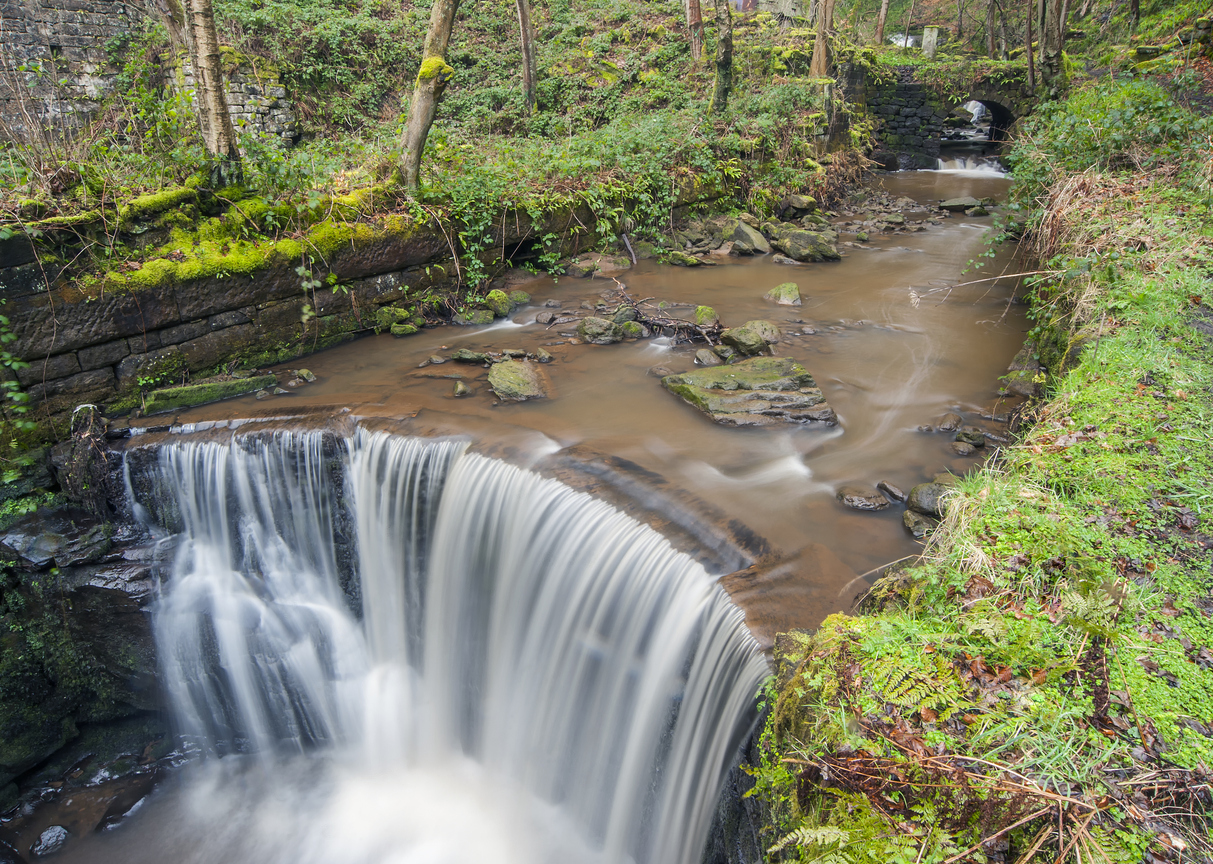 Freshwater migration barriers require innovative and lasting solutions. Salmon need access to all areas of catchments which have been limited by man made obstacles.

In the case of Ireland, the number of adult salmon both single- and multi-sea winter fish, returning to the coast (the ‘pre-fishery abundance’ or PFA) is estimated to have collapsed from some 2  million in the late 1970s to about 250,000 in recent years.    Catches of salmon are now at an all time low at about 22,000 by all methods (comprising about 7,000 by commercial nets and 15,000 by angling).  Of Ireland’s 144 salmon river systems only 27 (19%) are classified as being ‘not at risk’ or at ‘low risk’ of reaching their Conservation Limits.  The Atlantic salmon is categorised as ‘Vulnerable’ in the most recent Red Book assessment.

A disturbing aspect of the decline is that the removal of mixed stock drift netting for salmon at sea in 2007 seems to have made precious little difference to stocks.  In the last year of drift netting in 2006 the reported catch in that fishery was 70,000 and, after making a modest adjustment for the extensive illegal catch in this fishery, probably at least of the order of 100,000 fish.  Notwithstanding the ‘saving’ of this very large number of salmon neither the commercial estuary nets nor the angling effort have exceeded their pre-2007 catch levels in any year since then.  Where have all the salmon gone?

The life cycle of the salmon is complex, and the causes of its decline are even more complex.  Salmon occupy freshwater, estuarine and marine environments during their lives.  Factors affecting salmon mortality in one area may not operate independently and changes in one may result in increased mortality in another.

It is clear that greatly increased mortality at sea is the single most important factor in the decline of salmon stocks. As recently as thirty years ago as many as 20% of Irish smolts going to sea returned as adults; the return rate is now at 5% or lower for wild smolts and even lower for hatchery reared juveniles.

Climate change is already having an impact on the fortunes of juveniles both in rivers and at sea.  A ‘Salmon Summit’  in 2011 attempted to come to grips with the issue of decline and the future prospects for the salmon. The Summit had access to the latest scientific research and management information about Atlantic salmon including some of the initial outcomes of the SALSEA  programme.

The Summit’s conclusions about the marine factors contribution to the decline in salmon abundance were:

In addition to those factors SWIRL would add:

The damage caused by salmon farming is well researched and documented particularly in relation to sea lice.  However, the role of salmon farms in concentrating pathogens and diseases which may be transmitted to the wild population is also a major risk as is the impact that escaped farmed salmon may have on the wild population.

The impact of illegal fishing in rivers, estuaries and at sea is unmeasured (and probably not measurable, by definition) but, relative to the legal catch, is almost certainly quite significant.

There is also emerging evidence from the SMOLTRACK Project being conducted in Ireland, Northern Ireland, England, Spain and Denmark that ‘survival during movement from rivers to the sea is lower than expected [and]…the low survival rate in river systems…..is a new development….In a bad year, survival of smolts can be three times lower than in a good year’.

Official Irish salmon policy has evolved little since the adoption and implementation of single stock management in 2006.  In this regard, and notwithstanding the advanced nature of the Irish management system compared with other North Atlantic jurisdictions, it has failed to adapt to the worsening circumstances of the salmon stock and lacks any clear vision for the species.  The only available statements of the objectives of Irish salmon policy are to be found in the Implementation Plan for 2019-24 filed with NASCO. 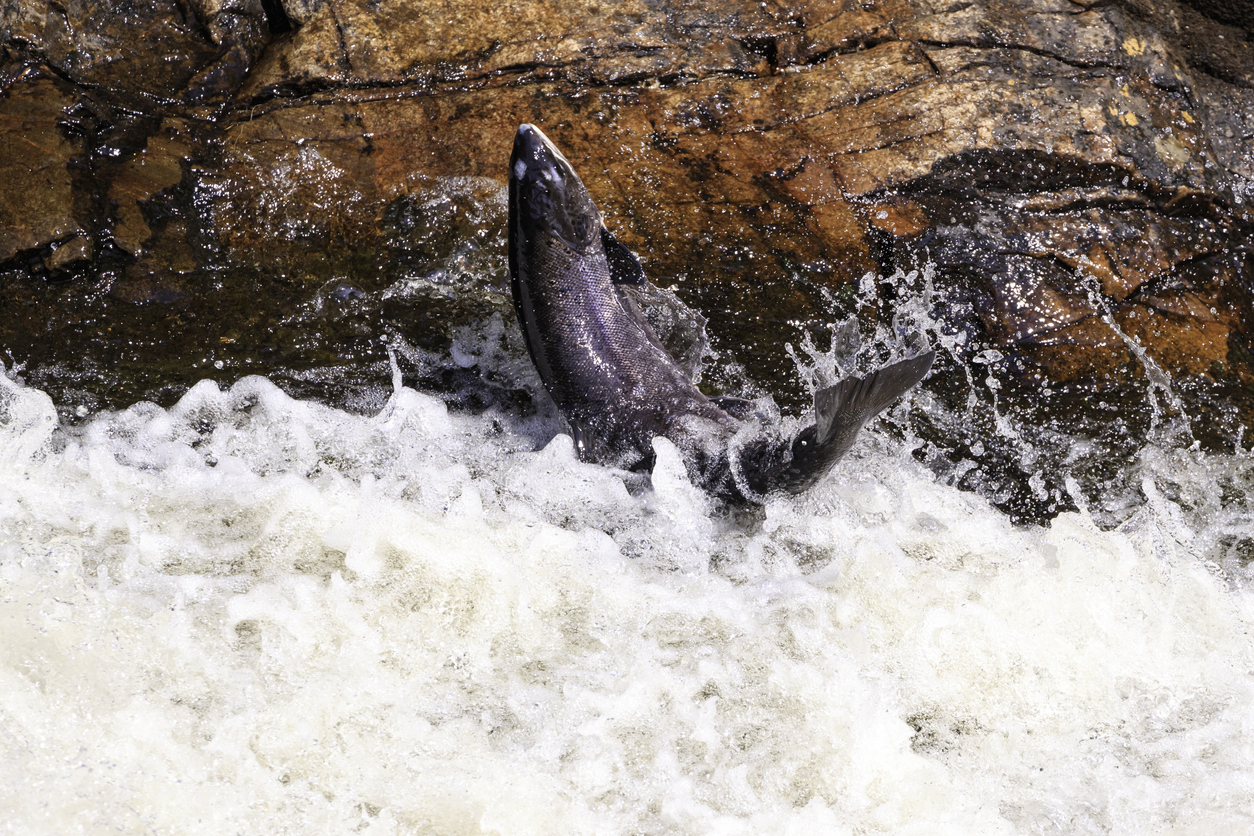 Vibrant Atlantic salmon stocks are now absent from Ireland's rivers. This is also the case in Scotland where late summer and autumn fish have all but disappeared.

This contrasts with many other jurisdictions, such as Scotland and Norway whose IPs lay out their objectives in a more granular way and emphasise the importance of maintaining biodiversity in the species.

This might not be of the utmost importance if Inland Fisheries Ireland had a clearly articulated analysis of the current state of salmon stocks, their likely progression and the policy initiatives needed to address the situation.  They do not.

To a great extent this is due to the fragmented approach of the Irish government to the maintenance of biodiversity generally.  Responsibility for managing the factors influencing the scale and genetic diversity of the Irish salmon range across a wide spectrum of government departments and agencies, with the organisation with primary responsibility for the welfare of the species, IFI, having little influence over the behaviour of these departments and agencies. 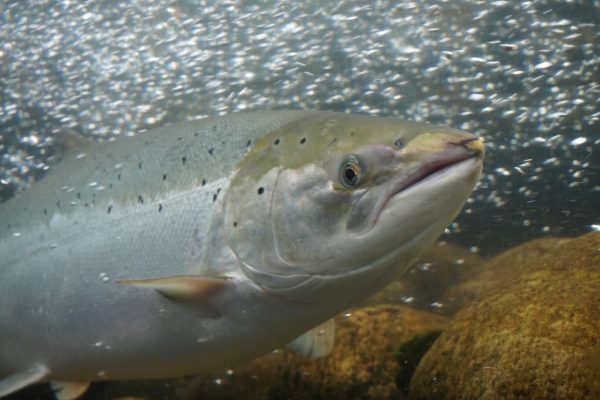 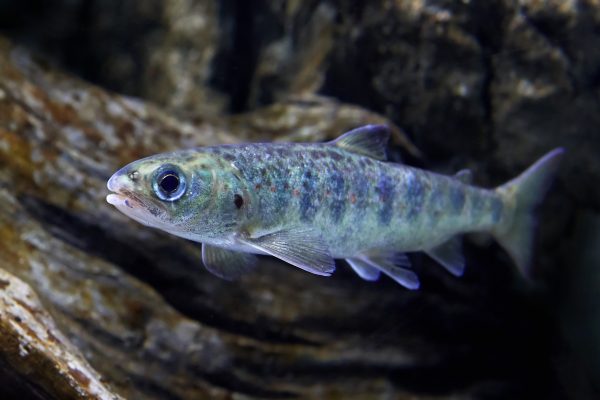 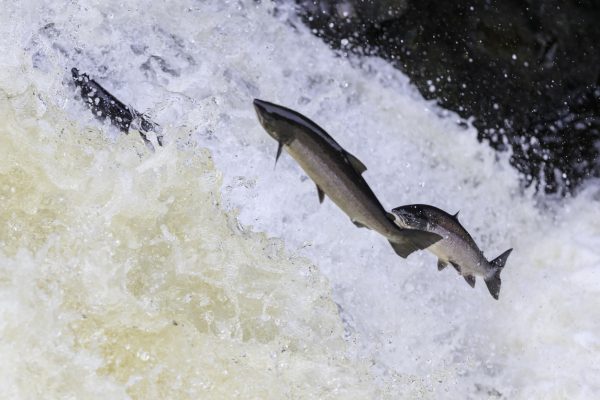 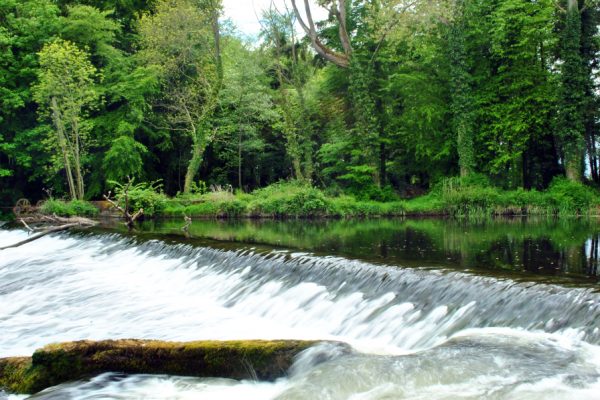 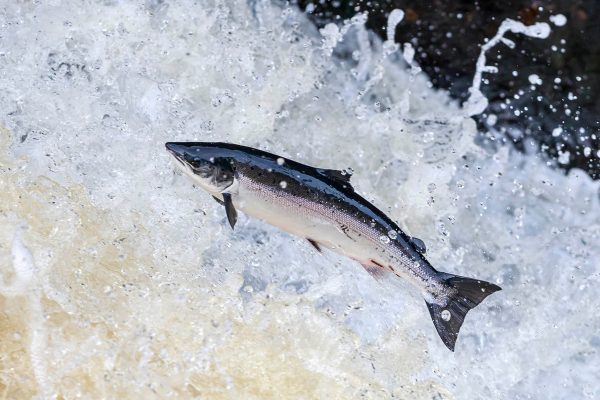 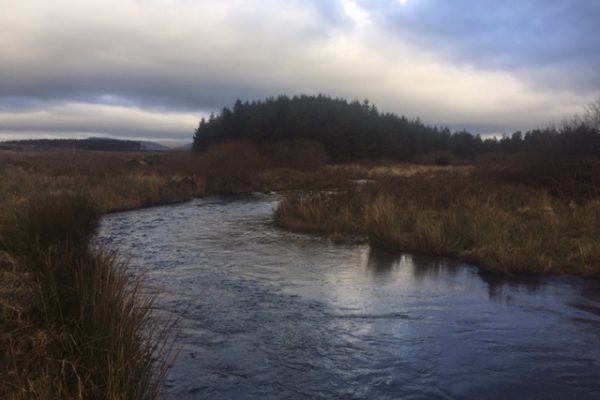 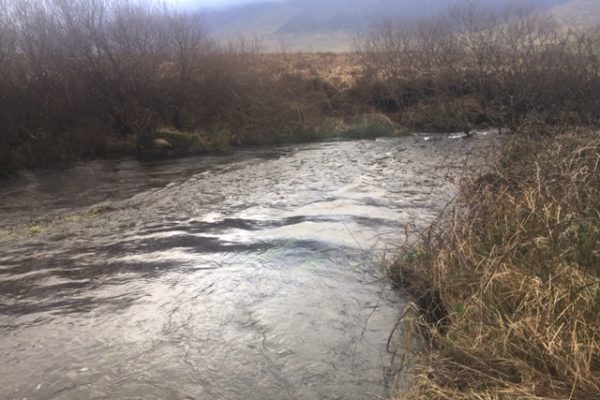 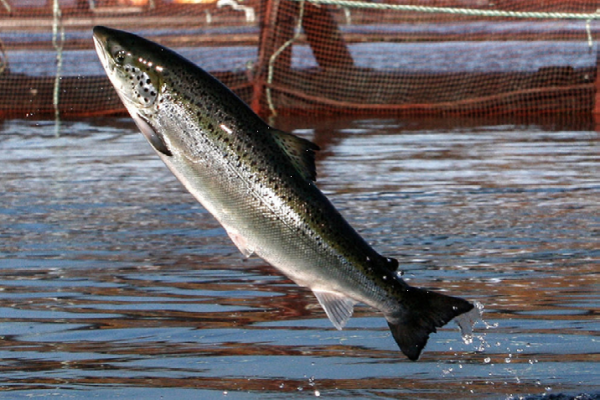