Sea Lice and Disease Control are treated by a combination of chemical, biological and mechanical means. Increasingly these treatments are not successful.

Sea Lice and Disease control are certainly the most important aspects of salmon farming. As a consequence of poor sea lice and disease control, wild salmonids are negatively affected as farms act as a reservoir for sea lice and disease. Wild salmonids in fish farming areas demonstrate reduced survival, poor growth and  decreased fecundity. All these factors cause population level declines.

There has also been a fishery to catch wild wrasse for supply to the industry with relatively high values accruing to localised fishermen. The catching of any wild fish to act as biological control in large numbers will result in the removal of an important species.  The overall bio-diversity of near coastal ecosystems will be negatively affected and may lead to unforseen consequences.

Sea lice are also removed by mechanical means with novel technologies being developed on an ongoing basis. Thermal slicers are in use internationally with the fish undergoing a warm bath to dislodge sea lice. This is described on the video in the sea lice section.

The legalised chemical treatments for sea lice in Ireland are as follows: Deltamethrin, Emamectin benzoate and Hydrogen peroxide. The Deltametrin and Hydrogen Peroxide are administered in a bath treatment by the use of a well boat or tarpalin while Emamectin Benzoate is administered through food.

All these treatments are not used in a controlled setting with the bath treatment solution being disposed of at sea in the majority of locations while the in feed chemical is released to the environment either through the farmed fish or through feed pellet dropping to sea floor. The transmission to the wider environment of these chemicals has been the subject of study and many studies relate effects on marine life.

As the treatments are generally used to disrupt nerve transmission or to disrupt nerve cells causing paralysis and death, it is easy to imagine that such treatments could have consequences for other crustaceans in the areas where these treatments take place. In the case of Hydrogen Peroxide which is an Oxidizer recent studies have noted damage to crustacions in the wider environment. 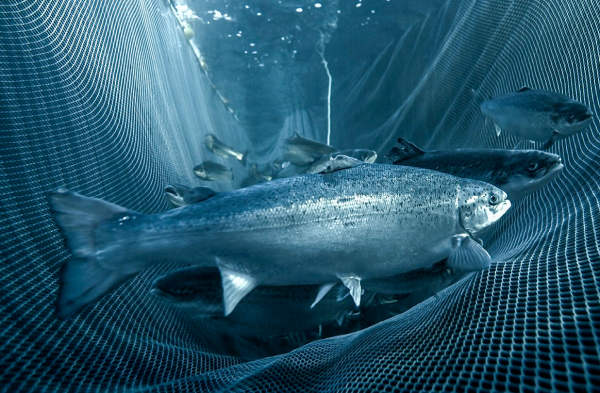 Open Net Technology: Outdated and harmful to wild salmonids and the environment.

As previously mentioned the industry has and continues to be less than forthcoming in regard to fish health and appears to downplay all mortality related issues. Interestingly AGD and other non notifiable diseases have become more prevalent in recent years. Certainly a more proactive approach in Ireland, with increasing sea temperatures would be to employ, more  mechanical barriers to protect their stocks from water borne disease and parasitic infestation. 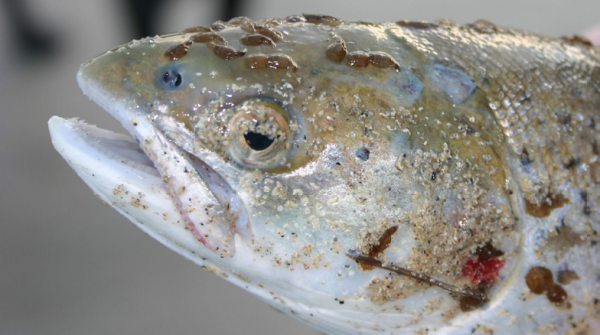 The solution to reduced use of chemicals, pesticides and medicines lies in a broad approach by the industry to apply new technologies which will effectively address their problems but above all will protect wild salmonids. The only solution to guarantee wild salmon and sea trout survival would be to transfer the production on-land but certainly semi-closed containment at sea might address the majority of our concerns. 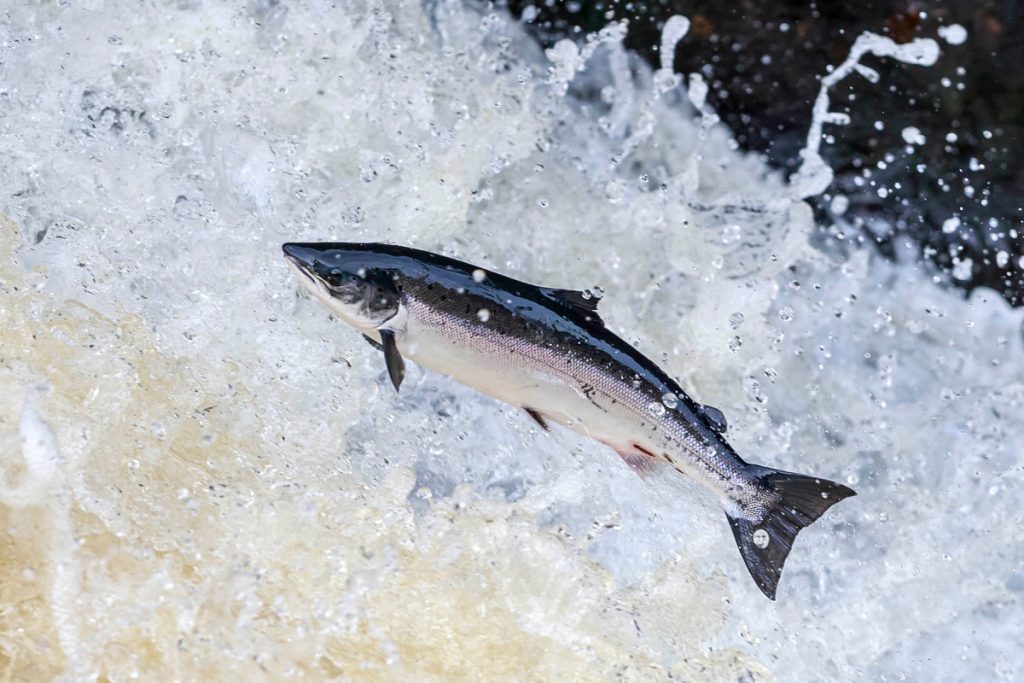 The ever increasing storm activity in Ireland allied to the increasing use of well boats to treat fish certainly increases the liklihood of escaped farm salmon entering rivers and spawning with wild salmon. There are large concerns regarding this situation as farmed salmon come from a very narrow genetic base which originated in Norway.

All wild salmon are genetically distinct and over many thousands of years have adapted their genetic makeup to individual river systems in order that they have the best prospect of survival. Wild salmon go through a process which only allows the survival of the fittest and as such the salmon that survive to spawn have the best chance of producing a robust and well adapted next generation.

Farmed salmon are raised in a very different habitat and as such do not have the ability to produce a sustainable and robust juvenile population which is adapted to the river system. The main concern is the passing of mal-adapted genes to the wild population which in turn would in all probability result in an extinction vortex.

Also the very fact that juveniles might survive from purely farm stock or indeed wild -farmed hybrids would affect densities in spawning and nursery areas whereby purely wild juveniles may be displaced.

The same concerns are also in evidence in conservation hatchery operations which may have similar effects on purely wild stocks.