Habitat preservation, management and water quality in a changing climate

SWIRL demands cross-government recognition of the need to include salmon habitat enhancement in its measures to adapt our rivers for climate change.  The Salmon Conservation Fund has a role to play but it needs reform. Habitat preservation, management and water quality in a changing climate can only be addressed by a co-operative and inclusive partnership of all stakeholders.

Changes in climate and the observed conditions in the freshwater and marine environments provide Atlantic salmon and sea trout with challenges which are proving difficult to overcome. The adaptation of salmonids to a changing climate is best served by wild fish naturally propagated in habitat which mitigates the extreme elements of climate change.

The decline in overall water quality is also a worrying development with salmonids particularly affected. Initiatives to protect water quality have gained momentum through various agricultural schemes and also through capital investment in waste water treatment. The Water Framework Directive has helped but the best manner of protecting freshwater resources is limiting destructive land usage policies and maintaining strong and bio-diverse riparian zones.

In freshwater the predicted and indeed rapidly evolving present Irish conditions would suggest that increased winter temperatures and rainfall are now well and truly established. Projections of warmer summers aligned with less rainfall in summer suggest that freshwater resources must be protected. Increased intensity rainfall events certainly focus attention on freshwater habitat as without a proper and functioning habitat, salmonid density will substantially reduce. 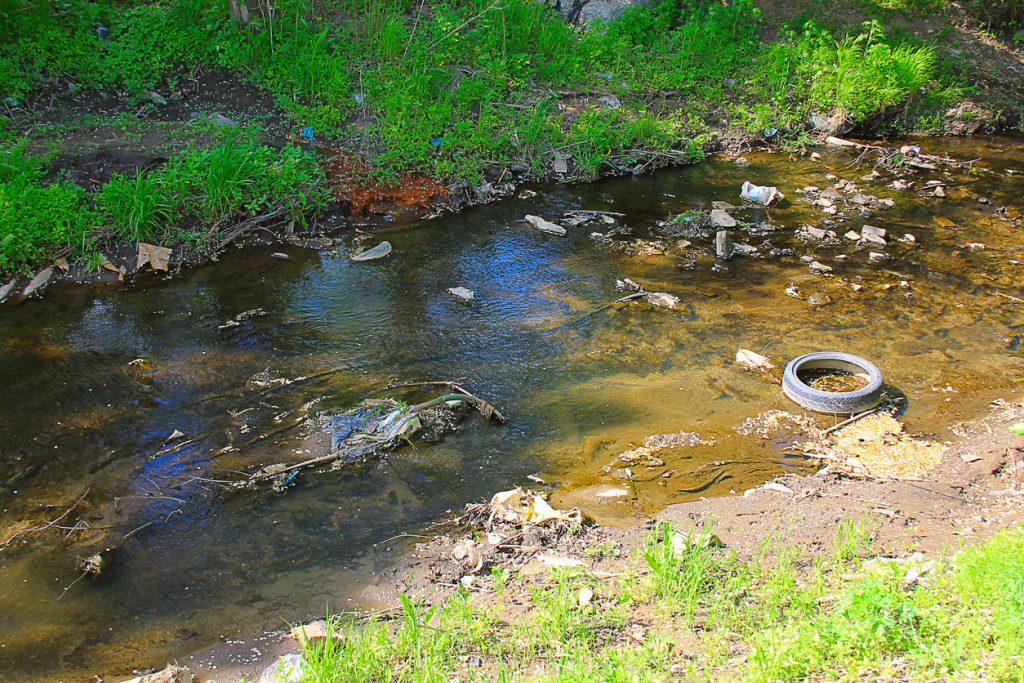 Polluted rivers will suffer with a warmer climate. Rivers without thermal refugia will not survive summer temperature extremes.

Salmon are not isolated – they are part of the entire ecosystem, both Irish and international, where changes in one part may have unintended consequences elsewhere.  In Ireland the main platform for achieving coordinated effort is the National Bio-Diversity Plan 2017-2021.  Although there is extensive treatment in the current plan of the marine environment and its fish there is precious little evidence of really joined-up thinking about inland fish and the potential on them of, for instance, arterial drainage measures.

Modified rivers need rehabilitation. Fish passage is blocked here and the hard engineering has affected the natural form of the river.

In 2014 the SWIRL annual conference facilitated a very wide-ranging set of presentations and discussion relating to climatic change and the projected climate model and its effect on salmonids.

The presentation of the Marine Institute examined data from the Burrishoole climate data set. The main outcomes of a warming climate that have become evident in Burrishoole relate to a dramatic acceleration of the hatching of ova by up to 30 days since the 1970’s while smolt migration both salmon and sea trout has been earlier by up to 14 days.

The smolt runs are also over a longer time period when compared to the longer-term data. This scenario may indicate a mismatch in timing of migration to sea. This aspect is certainly important as optimum conditions may be missed with implications for survival.  The extended migration period may also negatively influence predator impact on smolts causing more damage to an already compromised stock.

The main improvements, according to the presentation, which can be made to mitigate temperature and increased rainfall include:

At the same conference a presentation by of the UK government’s Centre for Environment, Fisheries and Aquaculture Science (CEFAS) addressed the options available to protect salmonids from climatic change in freshwater. The following were his main suggestions:

These suggestions from the Marine Institute and CEFAS are common-sense and straightforward and should find wide support in Inland Fisheries Ireland and among anglers and fishery managers. They are, however, in many cases not so easy to implement requiring as they do substantial work and finance across a range of government departments and agencies and coordination with, for instance, programmes under the Water Framework Directive (WFD) and the Office of Public Works’ (OPW) flood mitigation efforts.

Unless concerns for salmon conservation are integrated into WFD and OPW programmes then a great deal of further damage can be done and, certainly, opportunities lost. In addition, the resources available through the Salmon Conservation Fund (‘SCF’), while currently underutilised are inadequate for meeting the scale of the task of rehabilitating and protecting habitat generally.

Other practical solutions to protect salmon include the closure of commercial and recreational fishing during periods of low water and excessive temperatures.

SWIRL recognises that there are substantial problems in fresh water but through a structured and co-ordinated plan across all sectors we may be able to influence policy especially in the area of land use and riparian zone integration.  Having said that, there are substantial amounts of work that can be accomplished by voluntary effort through the use of the Salmon Conservation Fund and with the active support of landowners.