The SCF is managed by Inland Fisheries Ireland and is funded from contributions made by salmon anglers and commercial fishers through contributions made at the time of buying a licence.  It has an inflow of about Euro 500,000 per annum and has a current cash balance of about Euro 3.4 million.  Since 2019 the remit of the SCF has been expanded to include conservation work on sea trout fisheries.

Habitat works on the Cummeragh River, Waterville, County Kerry completed in the late 1980’s have allowed natural conditions to return to this pristine catchment.

The SCF was established as part of the implementation by the Central Fisheries Board (‘CFB’) and it’s successor, IFI, of a Ministerial direction of 2006.  The most recent iteration of the function of the SCF (which now has the unwieldy official title of the ‘Salmon and Sea Trout Rehabilitation, Conservation and Protection Fund’) to ‘coordinate the preparation and implementation of a revised programme for the rehabilitation, conservation and protection of the wild Atlantic Salmon and Sea Trout stocks’.

The SCF funds a wide range of activities including the direct operating costs of IFI’s scientifically important fry surveys of salmon systems and numerous conservation projects focused on, but not exclusively confined to, systems where salmon stocks are below their conservation limits. 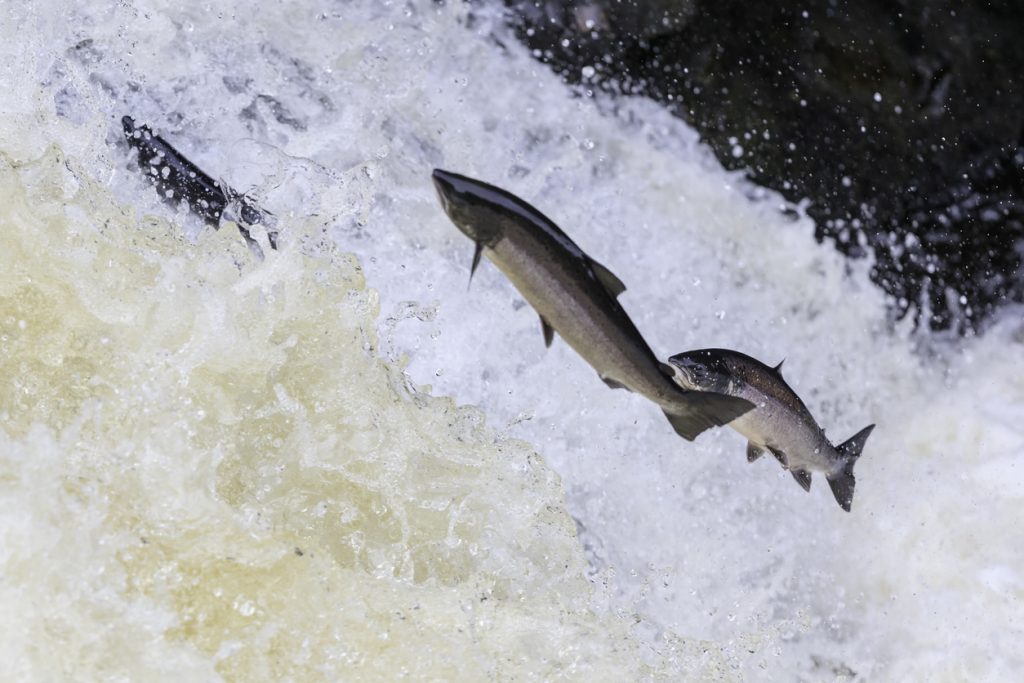 Atlantic salmon require nursery and spawning habitat to be optimum in order to guarantee a self – sustaining stock. Conservation fund can help to alleviate bottlenecks in production.

A lot of good work that has been funded by the SCF but it has not been successful in unlocking more than a handful of projects which can be said to have had a significant impact on the rehabilitation of stocks.  In SWIRL’s view this can be attributed to two main factors:

In an attempt to unlock the full potential of the SCF, SWIRL proposes that: